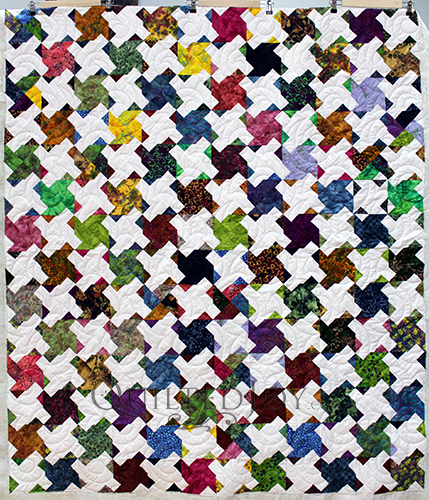 Have you ever owned something that needed a cover or container and then you found one you had for something else and it fits perfectly? Isn’t that the most satisfying feeling? Tessellations always make me feel the same way. A pattern, especially a complicated one, that fits so snuggly with itself that no gaps and overlaps are created. Anita created a quilt with a pinwheel variation that is in fact a tessellation.

Classic blocks are classic for a reason. They have stood the test of time because they are not overly complicated to scare off the average quilter, but are also appealing. At times innovation on a classic design can liven it and make you look at them with new eyes. Anita’s quilt is a pinwheel variation. It doesn’t have the points that you would see in the classic pinwheels, but this blunted wheel still gives you the rolling movement you expect from a pinwheel design. It is also a tessellation. The white negative space between the colored pinwheels are the same pinwheel shape. 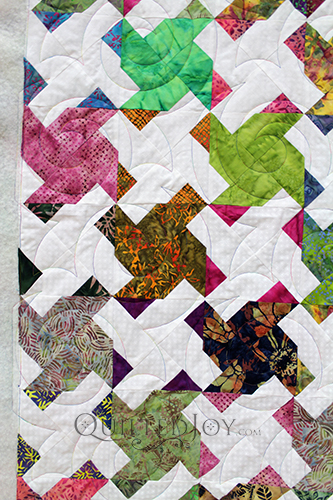 She created this block with triangles made up with half white and half batik fabric. These were sewn onto the sides of squares made up of the same batik fabric. The resulting square with the original square on point inside it, is then sewn next to similar a block sewn in reverse, with a white square in the center versus the batik square. The overall effect reminds me of houndstooth fabric. It’s such a lovely pattern, and she added the perfect backing to it, a beautiful rainbow batik with circular patterns. 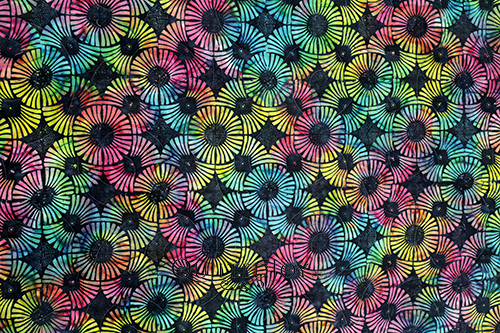 Anita had me quilt this for her with an edge to edge design called Turbulance. It is a relatively simple design consisting of two spirals that repeat throughout. It is a large pattern that covers a lot of surface without adding a lot of complicated detail to distract from the piecing. The spirals also add to the rolling flow of the quilt top. This was an excellent choice for such a lovely quilt. 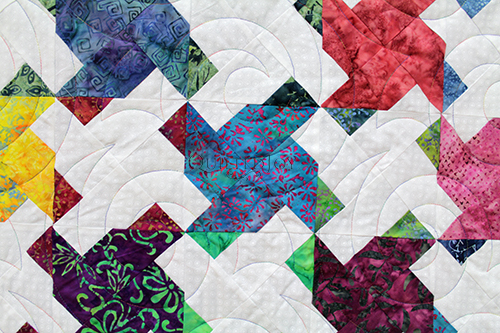 There were so many gorgeous colors in Anita’s quilt, it was just calling for a variegated thread! The perfect thread was Fantastico 5011 Stained Glass, it has all the bright rainbow colors you could need. 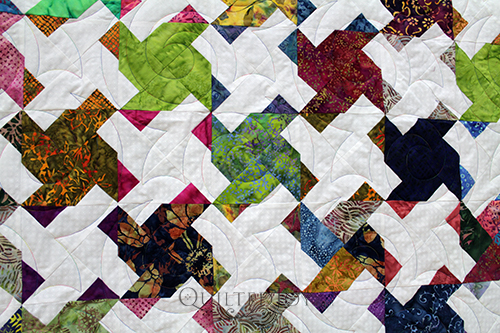 Simple blocks can go together to create larger more complicated designs. Sometimes the same block made with the colors reversed can result in really breathtaking patterns. Next time you sit down to create a simple block, mix it up and see what you come up with. 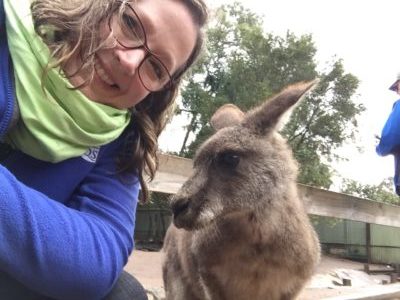 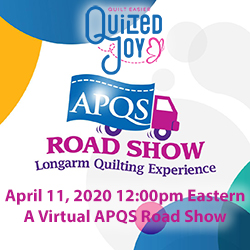